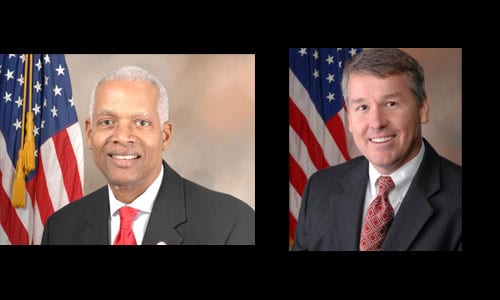 “I believe it is important to extend the same recognition to Gold Star Fathers as it currently exists for Gold Star Mothers and families,” said Johnson. “On Gold Star Father’s Day, we will honor fathers who have lost children in service to the United States of America and recognize their unimaginable loss. The debt we owe our veterans and their families is immeasurable. The sacrifices of those we have lost, and those of their families on the home front, are the foundation of the freedoms we hold dear.”

Johnson and Woodall were joined by seven other members of the Georgia delegation in support of this important legislation.