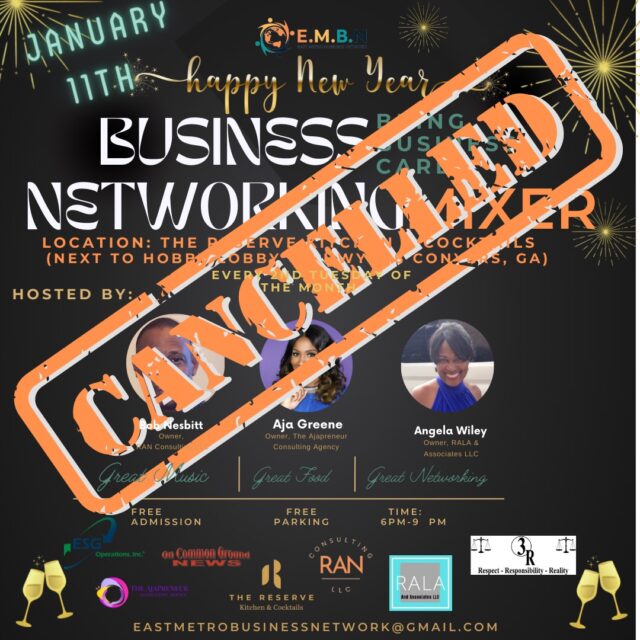 “It is with much regret that we have decided to cancel tomorrow’s January 11 Business Networking Mixer, due to uprise in Covid-19 cases. Our number one priority is always the health and safety of our guest. This is not a decision that we have taken lightly and there are several overriding concerns that has caused us to make this decision,” the organization stated in a news release.

The East Metro Business Networking Mixer is expected to resume next month on Feb. 8th.

About the East Metro Business Network

East Metro Business Network is a professional networking event consisting of entrepreneurs, professionals, executives and thought leaders who understand the importance of building meaningful connections. Built on the idea that professionals in every industry all share a common goal, to develop strong relationships that help grow their businesses and careers. Through meeting in-person, East Metro Business Networking Mixer Works to provides a platform that makes connecting easy.