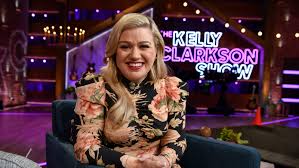 Get ready to tune in and watch Rockdale County on national television.  The Kelly Clarkson Showis doing a special highlighting the county, which is scheduled to be televised on Nov. 26, 10 a.m., on Atlanta’s ABC Affiliate, WSB TV, Channel 2.

Rockdale County spokesman Jorge Diez said officials were embargoed by the show’s producers from discussing any details about the spotlight before it is televised. But Diez is strongly encouraging the public to tune in or set recording devices to watch the segment later.

The Kelly Clarkson Show,hosted by the American Idolwinner and judge on The Voice, combine interviews with both ordinary and famous people, plus live performances.