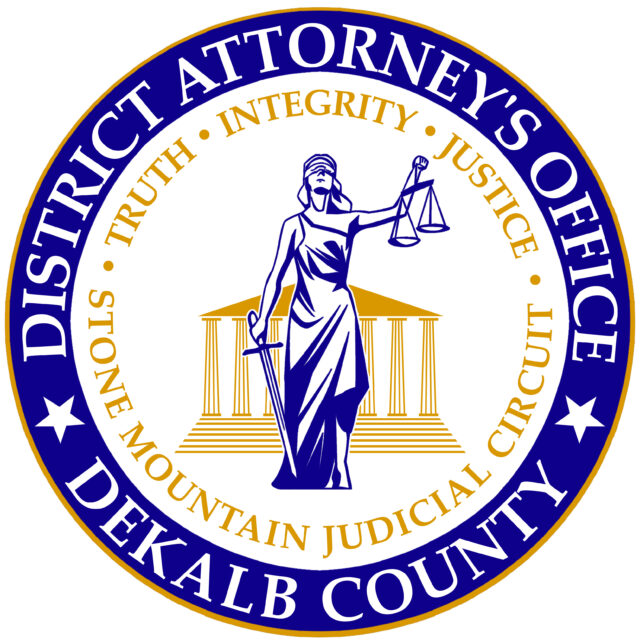 DECATUR, GA– DeKalb County District Attorney Sherry Boston today announced a conviction by jury trial in the murder case against a Scottdale man accused of shooting and killing a man during a dispute over a stolen phone.

Jurors returned guilty verdicts against 20-year-old Jaquez Emmanuel Cooper, 20, on charges of Malice Murder, Felony Murder, Aggravated Assault, and Possession of a Firearm During the Commission of a Felony in connection with the shooting death of Rene Betancourt Jr., 18.

DeKalb Superior Court Judge Gregory A. Adams sentenced Cooper on Monday, May 2 to life in prison plus 5 years to run consecutively.

The fatal incident occurred on Nov. 28, 2018 at the Oak Forest Apartments in Scottdale where Cooper was a former resident. According to the investigation, victim Betancourt spent the day driving around Atlanta with his close friend who lived at the complex. When they returned to the complex, Betancourt had fallen asleep in the passenger seat. The friend ran inside his apartment to speak with a family member and take out the trash. As he approached the dumpster, he noticed defendant Cooper, also known as “Fatman,” rummaging through the driver’s seat of his car and confronted him. Cooper ran away, and the friend got back in the car to take Betancourt home.

Shortly after leaving the Oak Forest Apartments, Betancourt woke up and noticed his phone was missing. Realizing that Cooper had taken it, the two returned to the complex. The friend dropped Betancourt off and went to park the car. Betancourt encountered Cooper and two of his friends, who began striking Betancourt. The group can be seen on surveillance footage pointing guns at Betancourt and preventing him from running away. Cooper cornered Betancourt against a wall, shot him in the face, and fled the scene on foot, authorities said.

After parking the car, Betancourt’s friend saw what was happening and attempted to call 911. When he couldn’t get through, he texted a family member in the apartment to call. While on the phone with 911, the family member saw Cooper shoot Betancourt.

Due to his reputation for violence, witnesses were initially hesitant to name Cooper as the shooter for fear of retaliation, the District Attorney’s Office said.

Cooper was taken into custody on Dec. 21, 2018 by the DeKalb Sherriff’s Office fugitive squad.

The Firearm Violence Prevention Unit, which began operating in March 2022, is the first of its kind in Georgia. The Unit includes an attorney, investigator, victim advocate, and a social worker, who work collaboratively with other units in the office to reduce the proliferation of gun violence in the DeKalb community. The Unit will focus on identifying gang members and others in illegal possession of guns; work with federal partners to investigate firearms cases with a domestic violence component and bring federal charges, as appropriate; and engage the community on firearm safety, education, and violence prevention strategies.