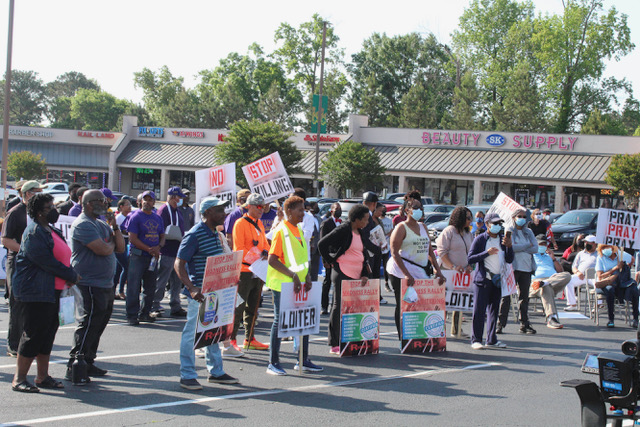 “In 2021, DeKalb County hit a homicide record for the second year in a row,” said Commissioner Cochran-Johnson. “Our law enforcement professionals are doing everything they can to address this issue, but I believe the key to solving what we face lies with us as a community. We must provide direct intervention to vulnerable youth through ongoing mentorship, counseling, services, and economic opportunities.

Lance Hammonds, who heads the DeKalb NAACP and the Rockbridge Coalition, said residents and businesses must unite to help restore revive the community.

“The community has changed a lot since I moved here 30 years ago,” said Hammonds.  “We want the businesses to stay here and we want our areas to be attractive. We just want to let them know we’re here to help you.”