U.S. DOL recovers more than $1M for gas pipeline workers in Georgia and four other states 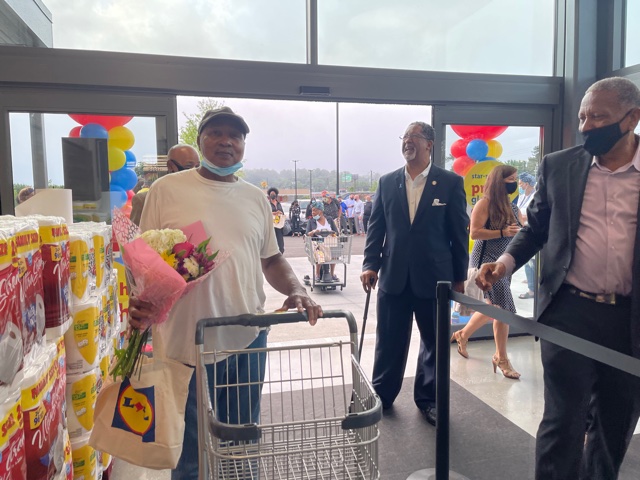 Pictured: Lorenzo Burns, the first customer at the Stonecrest Lidl store grand opening, is ready to shop. Burns was in line at 4:30 a.m. on June 9, 2021.

The first customer, Lorenzo Burns, arrived at 4:30 a.m. and a long line had formed behind him by the time the ribbon cutting ceremony began just before 8 a.m.

The Stonecrest store is the 14th in the metro-Atlanta area for the German grocery chain.Lidl, which rhymes with “needle,” currently operates stores in Dunwoody and North Druid Hills and is building its first intown Atlanta store on Memorial Drive in DeKalb,

In addition to opening the Stonecrest store today, Lidl is opening new stores along the East Coast including Lawrenceville, New Jersey; Columbia, Maryland, and University North Carolina, according to the chain’s web site.

Lidl is known for offering a wide range of groceries and produce at discounted prices. The Stonecrest store includes  a bakery, wine and floral sections, seafood market, European specialty items and fresh produce.

previousWant to adopt a dog or cat?